Field Notes – New Guidelines to be developed by BOSSI 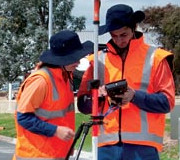 Field notes come in various forms and formats and the preparation of these documents are an integral part of any survey. Field notes are mostly used by surveyors as the basis for the preparation of further hard copy plans and electronic data for their clients or submission to local government or government departments. Field notes are also a very handy reference to check how the survey was carried out and what measurements and facts were recorded. They are also a historical snap shot in time which may be beneficial to future surveyors.

The Regulation is silent on the length of time field notes should be kept and how to deal with IT hardware/software upgrades which makes keeping electronic filed notes difficult to retrieve and use. Generally, unless a contrary legal agreement exists, a surveyor is personally responsible for the retention and archiving of their own field notes.

BOSSI would be very interested in the views of the profession on this matter.Please send submissions to the BOSSI Office, contact details are shown below.
Deadline for submissions is Friday 30 September 2016.