A Reflection on Technology Evolution 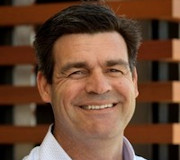 Garry MacPhail, Geospatial Executive Manager for Position Partners, reflects on technology evolution in the last two decades and its effect on the survey profession today and beyond.

Having begun his career as a qualified engineering surveyor in the 1980s, Garry went on to start his own business selling and supporting survey equipment in Perth. His company Stadia Instruments – co-founded with business partner Bernard Cecchele – merged with four other state-based companies to form Position Partners in 2008. In his tenure in the industry, Garry has witnessed significant shifts in surveying practice, amplified by the quantum leap in computing speed and processing power.

“In the early 2000s, GPS was becoming increasingly mainstream as part of a surveyor’s toolkit,” he said. “In 2004, Topcon released the first Bluetooth GPS unit, the HiPer Lite, which made the technology significantly more productive and less cumbersome as it eliminated back packs, long cables and external antennas. It was also the first true base and rover kit as we know them today, with two identical units.”

“Bluetooth was a real game-changer because it made the system much more versatile and user friendly,” he added. “For example, if you were under a tree canopy you could raise it up on a four-metre pole and get a fix without needing a six-metre cable.”

Garry explains that the late ‘90s and early 2000s also saw a dramatic change from point-based surveying to string and line surveying, with a design laid out on a data collector.

“Before this change, every point was measured out on a separate map and numbered, so you constantly had to correlate what was on the map with what was on the field controller,” he said. “The ability to do line work on the data collector was a big efficiency leap, particularly for marking road centrelines or kerbs.”

Carlson led the way with this innovation through its SurvCE software, which worked on the Windows CE platform and enabled surveyors to import DXF files onto small PDA devices such as the Compaq handheld data collectors. “They weren’t the most rugged systems, but they were reasonably inexpensive and the workflow benefits were significant,” Garry said.

The early 2000s also saw the emergence of ‘one-man surveying’ with the refinement of robotic total stations. “By 2005, the standard toolkit we know today of a robotic, GPS base and rover and data collector was established in the market,” Garry said.

From 2005 onwards, we have seen the constant refinement and evolution of these systems to be faster, lighter and more robust. “After a period of rapid innovation, we typically see a period where it is refined and then evolves incrementally to something that is better and more efficient, but essentially relies on the same core technology,” he added.

By 2010, 3D laser scanning was available, but it was highly specialised and very expensive. 3D mobile mapping, used to capture ‘street view’ imagery first in the United States and then globally, began in the mid-2000s and enabled large-scale data capture at speed. In Australia, it was used to map affected infrastructure after the devastating Queensland floods in 2011.

“In 2010 Position Partners signed a distribution agreement for a fixed-wing Remotely Piloted Aircraft System (RPAS), which was the first of its kind to be introduced as a survey tool in Australia,” Garry said. “Since then, the technology has evolved to include fixed-wing, rotary and vertical take off models and it is slowly becoming a standard tool or service offered by the surveying profession. With the introduction of LiDAR it will take it into another level of accuracy and versatility.”

The dramatic uplift we’ve experienced in computer speeds and processing power has enabled point cloud technology to evolve as quickly as it has, Garry explains. “Technology doesn’t necessarily mean a surveyor’s work is done faster, it just means that the quality and amount of data at his or her fingertips has increased,” he said. Surveyors can now work with accurate 3D models rather than 2D plans, giving a complete picture of a job site and the ability to offer greater output and deliverables to clients.

From point control to data management

Alongside technology evolution, the role of the surveyor has also shifted. “On a road project, the surveyor has become the data manager across the site,” Garry explained. “20 years ago when we first controlled a grader with a total station, the ‘pegless jobsite’ was defined as a new goal. Now we can see that goal become reality, with surveyors managing a design across machinery and survey rovers centrally – and often remotely – via telematics tools such as Tokara Link by Position Partners.”

As technology refines and becomes more user friendly, accessible and cost effective, adoption rates across multiple sectors increases. “It’s no secret that in Australia and around the world, we are experiencing a shortage of surveyors,” Garry said. “With the advent of simple tools like the Topcon LN-100 layout system, building contractors can do the set out themselves. Of course the legal liability and control remains with the survey profession, but these systems help eliminate the stop-start of waiting for a surveyor to set out a few points.”

The surveying profession has evolved into the geospatial market, with a wider range of associated professionals using technology to capture data and implement design. “Position Partners has also aligned the company around our core markets of geospatial, construction and mining, with geospatial reaching across all sectors as the technology is used for an ever-increasing number of applications,” Garry said.

GNSS infrastructure is another key to wider dissemination of accurate positioning technology. “Our AllDayRTK CORS network began in the mid-2000s and now covers vast areas of the country to enable high accuracy positioning,” he said. “Its usage is becoming increasingly widespread from farming, to transport and logistics, automated cars, Internet of Things and even the smartphones we all carry,” he said.

Not everything can be digitised

Reflecting on the changes and advances to surveying and technology, Garry said the role of a high-quality industry magazine has held its ground. “Our business has had a long-standing partnership with Position magazine since its inception and kudos to the publishers for keeping it relevant and engaging when so many print media publications have closed their doors in recent years,” Garry said.

“Everyone is overloaded with digital communication these days and trying to keep on top of our inboxes, so I feel there is a strong place for a printed magazine that you can sit down and read,” he added. “Other industries have a fragmented trade press, but Position magazine has managed to cut-through within our profession to be the industry standard nationally.”