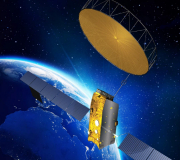 As part of the Australian Government's National Positioning Infrastructure (NPI) Capability, Geoscience Australia is leading a test project of a Satellite-Based Augmentation System (SBAS) for the Australasia region.

An SBAS will overcome the current gaps in mobile and radio communications and, when combined with on-ground operational infrastructure and services, will ensure that accurate positioning information can be received anytime and anywhere within Australia and New Zealand.

The two-year project will test two new satellite positioning technologies including next generation SBAS and Precise Point Positioning, which will provide positioning accuracies of several decimetres and five centimetres respectively.

The project will see Australia and New Zealand join countries such as the United States, Europe, Russia, India and Japan, which have all invested in infrastructure that delivers satellite-based corrections via an SBAS.

Positioning data is now fundamental to a range of applications and businesses worldwide. It increases our productivity, secures our safety and propels innovation; enables GPS on smartphones, provides safety-of-life navigation on aircraft, increases water efficiency on farms, helps to locate vessels in distress at sea, and supports intelligent navigation tools and advanced transport management systems that connect cities and regions.

Geoscience Australia is collaborating with Land Information New Zealand (LINZ) on the test-year project to improve the positioning capability of both countries. The New Zealand Government has contributed an additional $2 million to the initial $12 million in funding from the Australian Government.

Geoscience Australia and LINZ are working closely with the Cooperative Research Centre for Spatial Information (CRCSI) on the project. The CRCSI are overseeing the evaluation of the effectiveness of an SBAS for the region, and building expertise within government and industry on its transformative benefits.\

The CRCSI has called for organisations from across the aviation, road, rail, maritime, spatial, construction, mining, utilities and agriculture sectors to participate in the test-bed. Information is available via the CRCSI website. To keep informed of the progress of the SBAS test-bed project, sign up to the NPI Capability newsletter.