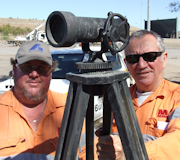 A unique sculpture has been erected at Gregory Downs in the Gulf of Carpentaria that pays tribute to all surveyors who worked on the Century Mine lease, and one in particular.

The Surveyor's Mark sculpture commemorates the life and work of surveyor Paul Bielenberg who surveyed the 304km pipeline corridor between Century Mine (Lawn Hill) and Karumba in the 1990's.

Whilst he was surveying the Century pipeline corridor, Paul was working with Julian Graham at Lodewyk Surveyors in Mount Isa. Paul died, along with the pilot and two other passengers, in a helicopter crash near Gunpowder in 2006.

During the 16 years of Century Mine’s operations, the pipeline has been used to carry zinc and lead in a slurry form from Century’s processing plant to Karumba. The product is de-watered and then transferred to export vessels. With production at Century Mine coming to an end, the last product is expected to be piped to Karumba in the first quarter of 2016.

With input from workmates, Shane Gerlach from Century Site Services created a theodolite sculpture made from scrap metal onsite. Geoff Reid and Gavin Fazel arranged for the sculpture to be moved to Gregory where it will be permanently erected, along with a plaque, in the garden of the Gregory Downs Hotel.

Licensee of the hotel, Ms Jo Start, was Paul Bielenberg's partner. When asked what she would like the sculpture called, without hesitation she said, ‘The surveyor’s mark’.

The Surveyor's Mark sculpture was unveiled by Jo Start at the Gregory Pub on 29th July, in the presence of local community members and MMG Century employees. 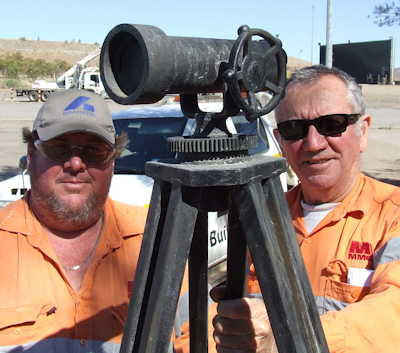 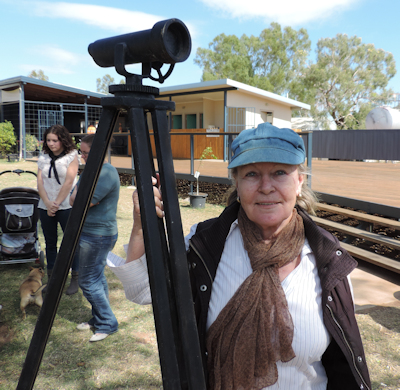 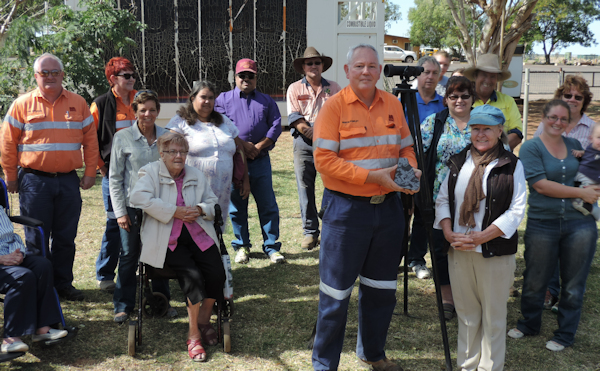