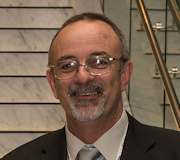 Long-term AIMS Member Chris Moy has been awarded the title of AIMS Fellow at the recent AIMS 2022 National Conference. 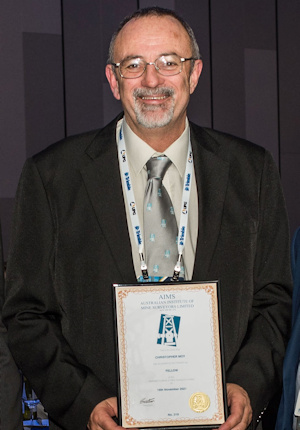 Chris Moy commenced work with Bloomfield Collieries as a Trainee Surveyor in February 1986 and completed his tertiary studies in Surveying at TAFE before obtaining his Coal Mine Surveyor Certificate of Competency in 1991.

Chris joined the Australian Institute of Mine Surveyors in 2001 and was allocated member number 319. With the introduction of the Surveying & Spatial Information Act 2002, Mine Surveyors joined with Land Surveyors as being Registered by the Board of Surveying and Spatial Information and Chris became a Registered Mining Surveyor (unrestricted) in September 2003. With the introduction of the new Act, came the requirement for Continual Professional Development (CPD) for surveyors and AIMS became a Ratified Organization for the assessment of CPD events, with Chris forming part of the original CPD Committee in 2003, before becoming Chairman of the Committee between 2005 and 2010. Chris remained part of the AIMS CPD Committee until 2020. In addition to his role on the CPD committee assessing countless events and auditing member compliance, Chris became involved in organizing local CPD events including the annual Singleton Seminar, going on to become a Director of AIMS in July 2007.

Chris was appointed as an Examiner of Mine Surveyors by BOSSI in 2007 and in addition to mentoring his own candidates, he became heavily involved in the mentoring of candidate surveyors from across NSW and other states through his involvement and organization of various candidate workshops, particularly in Kurri Kurri, Singleton and Mudgee, passing on his knowledge of the practice of mine surveying along with reinforcing the importance of the roles that surveyors play within the industry, helping the next generation of surveyor to map out their pathway towards registration and beyond.

Chris and his team at Rixs Creek were recognized at the 2010 Excellence in Surveying and Spatial Information Awards as winners of the Mining category for their work in accurately determining an excavator’s bucket path through the innovative application of surveying technology lead by Chris.

Chris has been instrumental in numerous reviews of the Survey and Drafting Directions since the early 2000s along with other legislative reviews, ensuring that industry best practice and innovation was supported by legislation and ensuring that the role of the Mine Surveyor wasn’t undermined. Chris has also been involved in the drafting of a National Code of Practice for Mine Surveying and the Tri-state (WA/QLD/NSW) working group for the development of aligned mine surveying standards.

Chris received further recognition in September 2019, during the ISM 2019 Congress in Irkutsk, Russia, where he was presented with the International Society for Mine Surveying - Certificate of Honour, for his contribution and excellence in the development and enhancement of mine surveying on a global scale.

For his commitment and contributions to both the Surveying and Mining industries over a period in- excess of three decades, including the last twenty years as a member and representative of AIMS, supporting the current and future generations of Mine Surveyors, we believe that Chris is worthy of recognition at our highest level.

The AIMS Board, on behalf of all AIMS members, congratulate Chris Moy for being awarded a Fellow of the Australian Institute of Mine Surveyors. 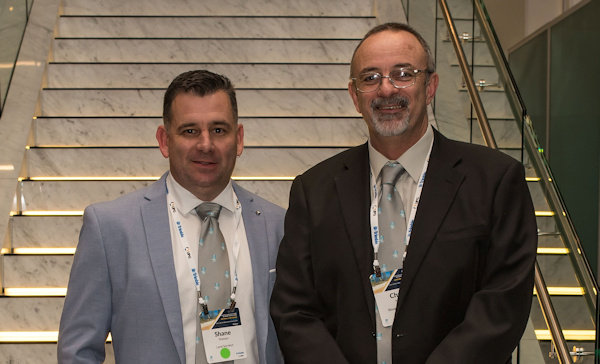