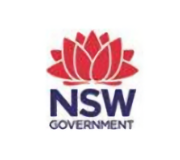 The following information was received from DCS Spatial Services for the benefit of AIMS Members.

SGD12 aims to standardise the undertaking of control surveys that contribute towards the ongoing extension, maintenance and preservation of the NSW State Control Survey network, and to outline the minimum requirements for survey results to be placed on public record in the Survey Control Information Management System (SCIMS).

SGD12 has received a major overhaul in response to recent changes in the surveying industry including the introduction of GDA2020, the adoption of rigorous uncertainty in SCIMS and the technological advances in surveying equipment. It also outlines new concepts that govern the collection and update of survey control including the NSW State Adjustment and the Technical Specifications for NSW Secondary Control Surveys.

External data is often submitted to DCS Spatial Services as the result of an agreement between a contractor and a public authority who are required to place survey information on public record. Similarly, the recent update and enforcement of Surveyor-General’s Direction No.11 – Preservation of Survey Infrastructure (SGD11) has resulted in many private surveyors undertaking their own control surveys in an effort to preserve the integrity of the NSW State Control Survey network.

These updated documents are intended to outline clearer expectations of the standards and specifications control surveys need to meet before DCS Spatial Services will update SCIMS.
SGD12 and associated documentation can be accessed via the link below:
https://www.spatial.nsw.gov.au/surveying/surveyor_generals_directions

Users can also contact DCS Spatial Services for any clarifications or questions related to the Direction via the customer hub available from the following link:
https://customerhub.spatial.nsw.gov.au/servicedesk/customer/portals