A Sunny Retirement Breakfast for Glenn 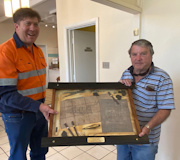 [UPDATED] Glenn “Sunshine” Edwards, an outstanding and popular long-time member of AIMS - and now an AIMS Fellow - has finally decided to hang up his plumb-bob and call it a day.

Glenn, also sometimes known as “Scruffy”, is justifiably proud of his AIMS membership number of 12. He was there on ‘day one’ on the formation of AIMS.There were about 40 or so others that also signed up on that day way back in 1980 at USQ, known then as the Darling Downs Institute of Advanced Education (DDIAE). It was the inaugural gathering of mine surveyors with a common career and purpose.

Glenn's retirement was celebrated with a very low-key breakfast event but it was well attended by his current workmates, including the whole survey team from Moura, as well as key representatives from AIMS to pay their respects, including Greg Frankish (current AIMS Fellow), Craig Lowe and fellow founding member Peter Strong.

Greg made a small announcement at the event that Glenn had been nominated for Fellowship of AIMS which was approved and awarded to Glenn at the 2020 e- AGM.

Glenn was very appreciative of the turnout by everyone who attended and was happy to receive a fantastic “made by hand” keepsake of some of his old plans, drafting gear and an old plumb-bob. It was framed up from timber they had retrieved from the old Moura No.3 underground pit (which they mined through in the open cut recently).

They also presented an old T16 and level from his old surveying days at the mine as a retirement gift. 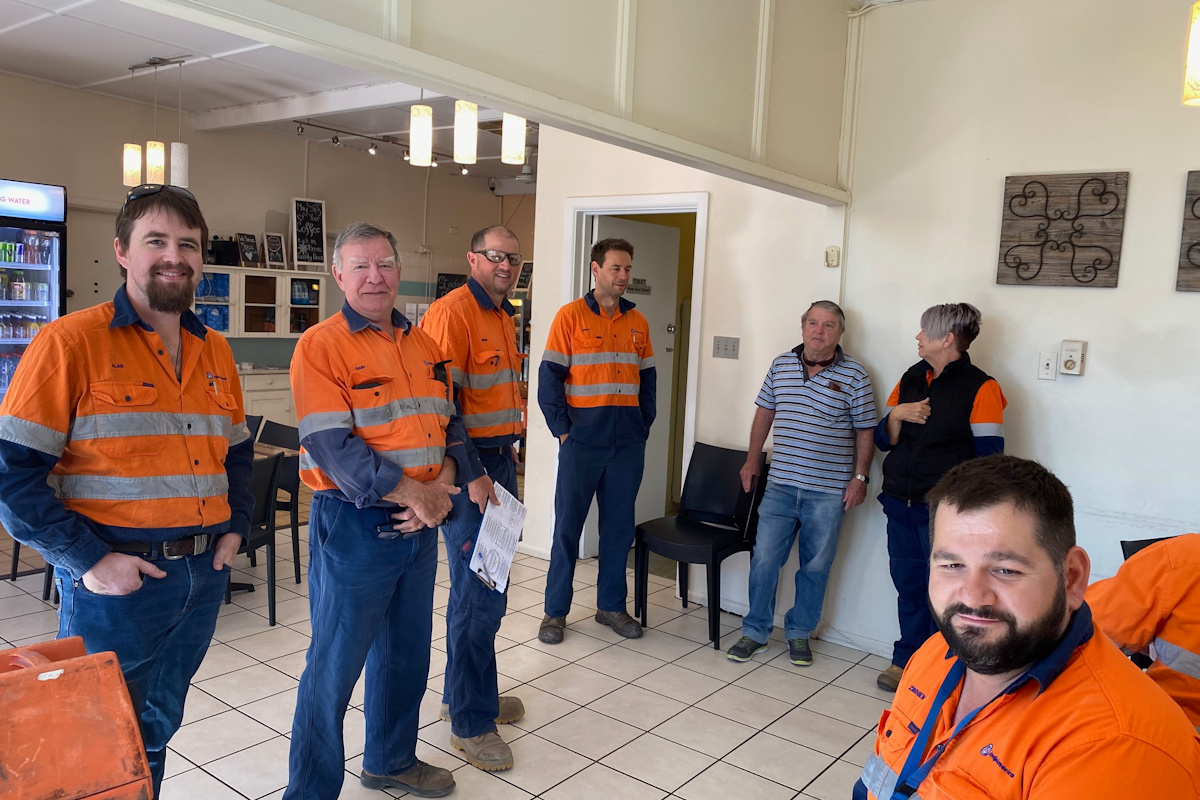 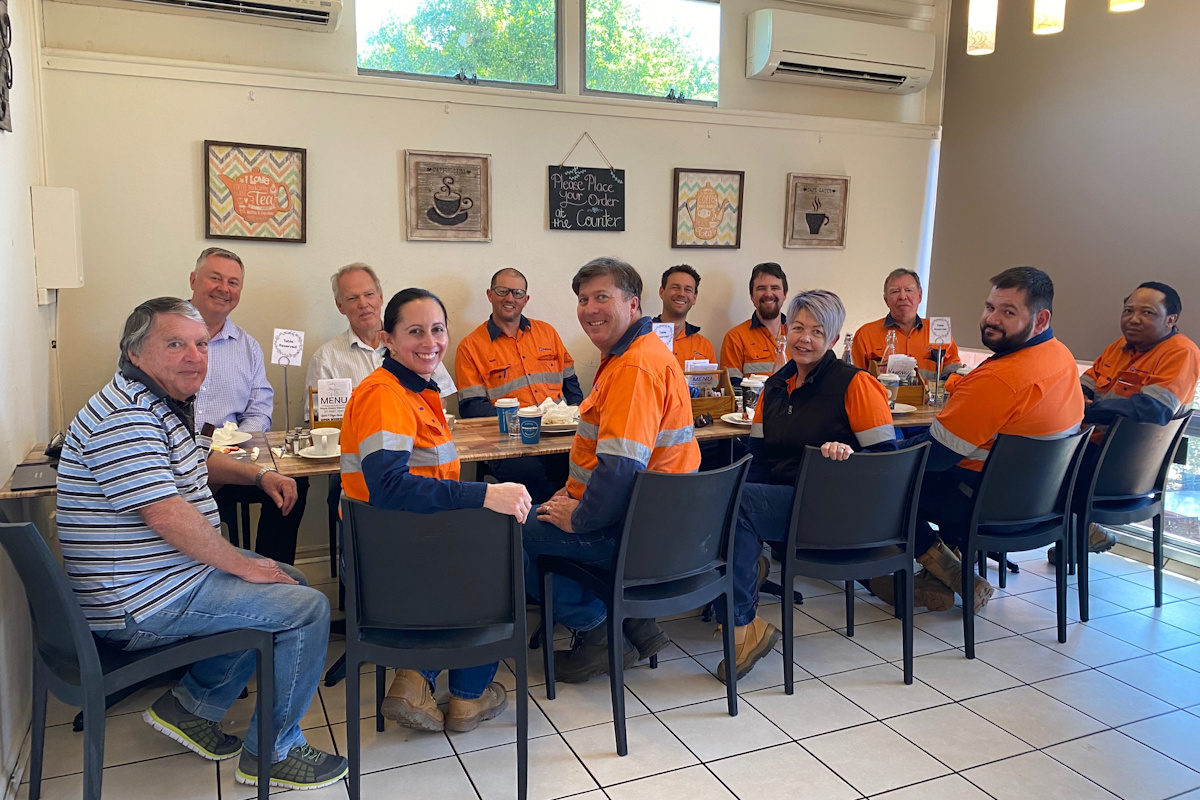 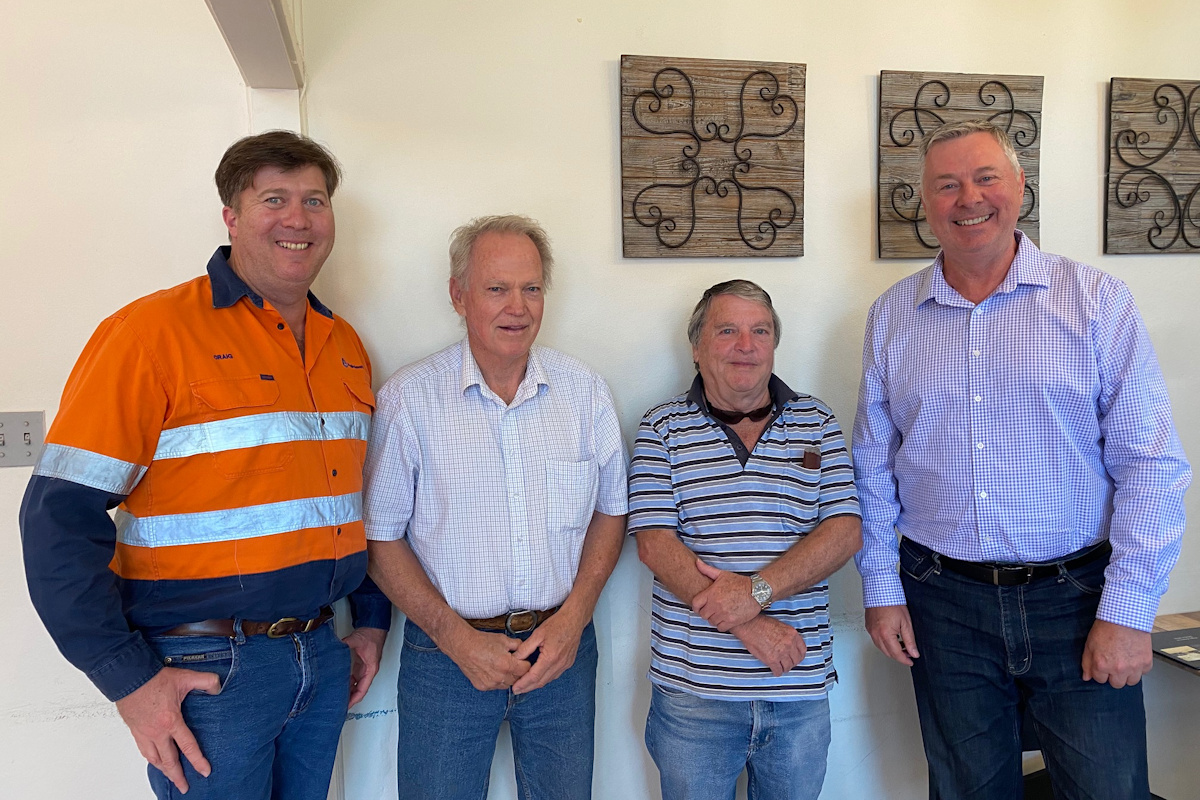 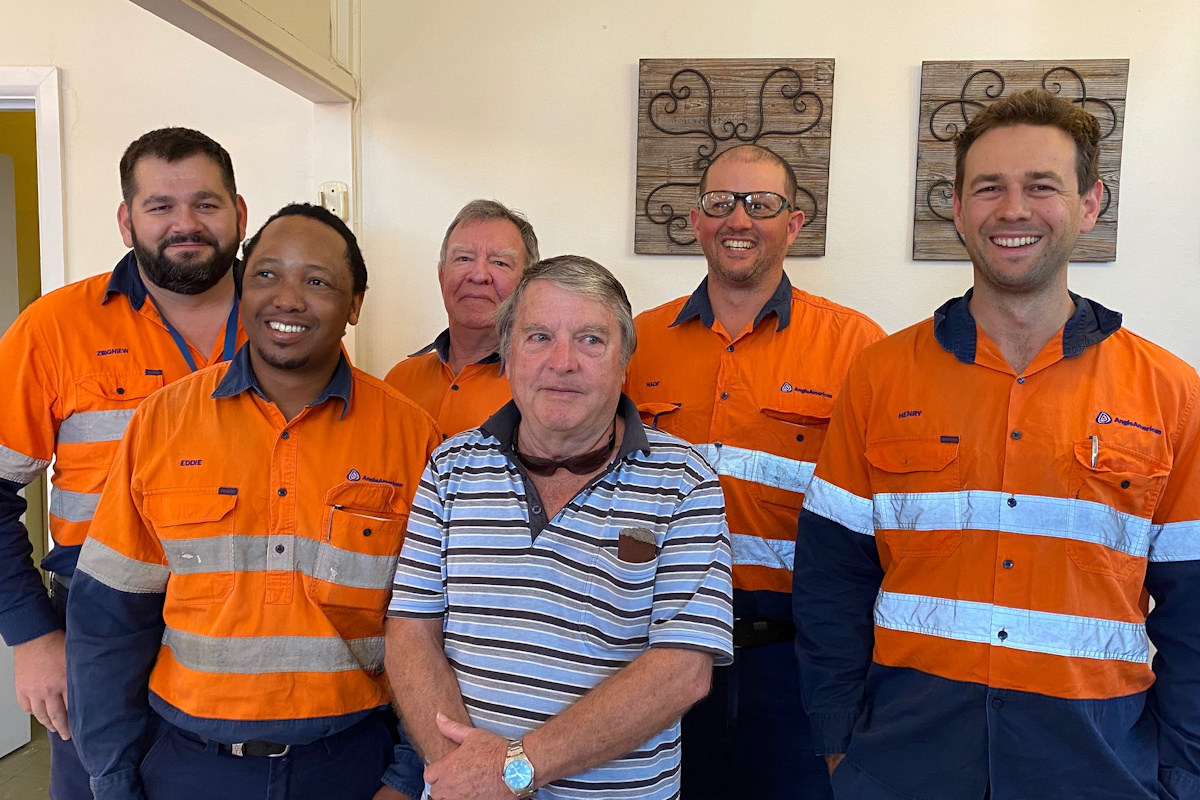 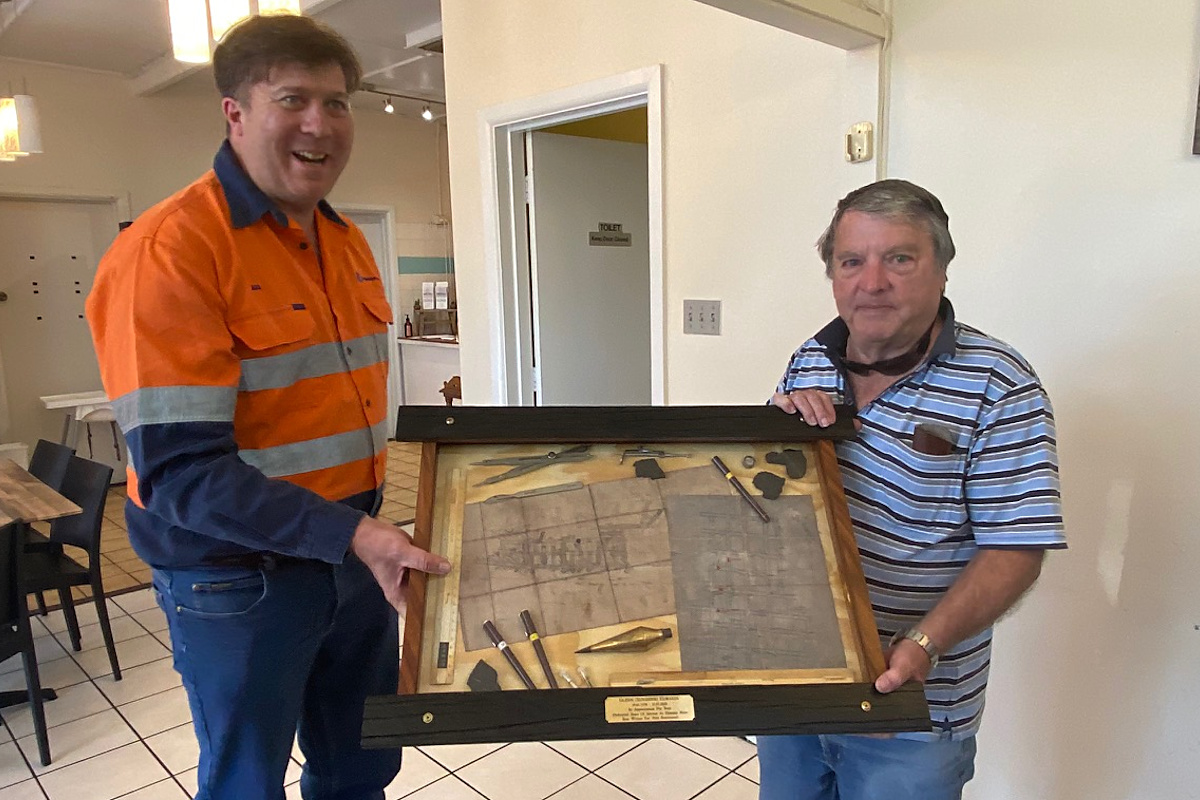 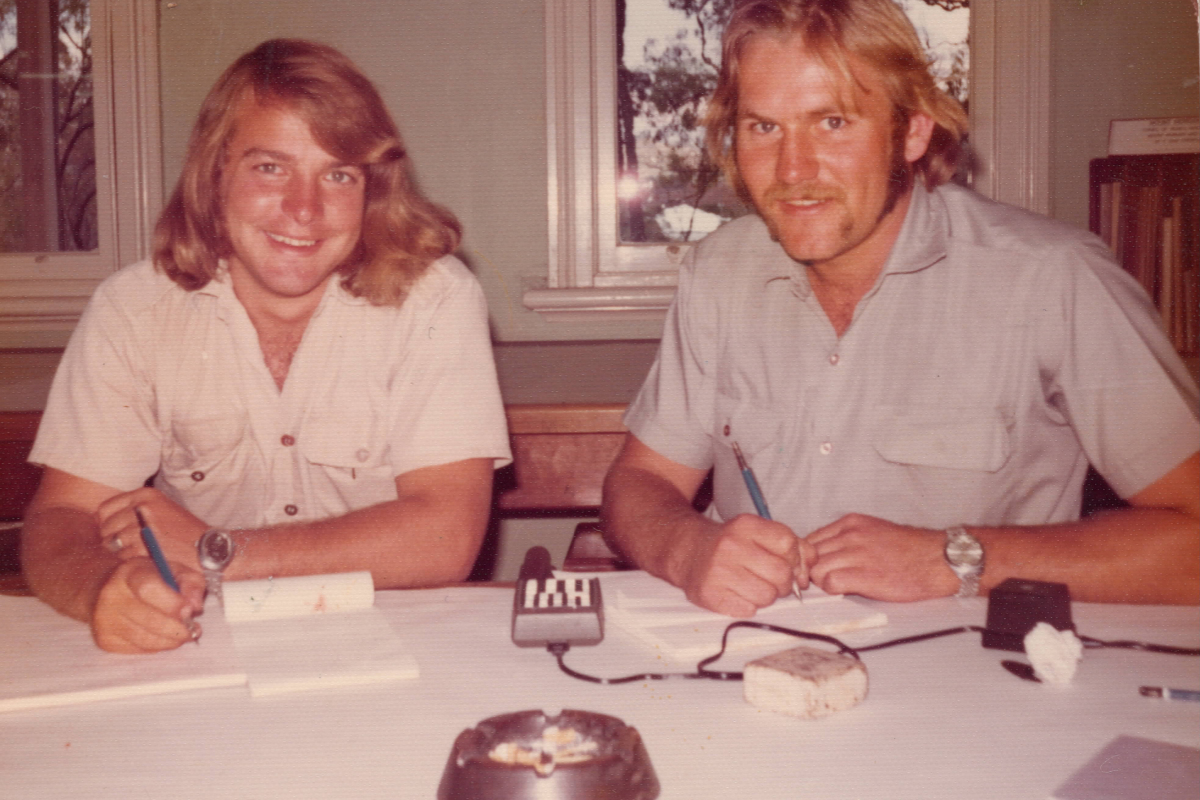