Renny Leo - 2019 AIMS Mine Surveyor of The Year 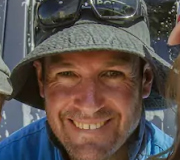 The 2019 AIMS Mine Surveyor of the Year award has been given to Renny Leo, Senior Mine Surveyor from Northern Star Resources, Kalgoorlie, Western Australia.

Thank you to the nominations and assessors for this year’s 2019 AIMS Awards.  It was unfortunate that we did not receive any nominations for the AIMS Young Mine Surveyor of the Year award.  We are hoping that will change for next year.

The last 12-18 months has seen us overhaul the nomination and selection process for these awards and I think now we have a more robust and fairer selection process to work with.  It has taken us longer to implement than we would have liked but as a volunteer organisation we do strive to achieve the best we can for the AIMS community.  It is again with great thanks from myself and the other AIMS executives that we could not do this without our volunteers in the industry.

For the AIMS Mine Surveyor of the Year award we had some worthy nominations and potential award winners.  Each nomination was reviewed and assessed by 3 representatives from our state subcommittees, one from Queensland, NSW and Western Australia.  These individual results were combined to determine the final winner of this award.

This year it is with great pleasure to present the 2019 AIMS Mine Surveyor of the Year award to Renny Leo, Senior Mine Surveyor from Northern Star Resources, Kalgoorlie, Western Australia.  Further information on Renny’s nomination and history is below.

I would also like to make a special acknowledgement of another nomination in Chris Crosby, Surveying Superintendent from Anglo American, Grosvenor Coal Mine, Queensland.  Chris is also leading our profession, challenging the use of technology in mine surveying and undertaking great opportunities within Anglo American.  Chris is a dedicated mentor and facilitator of surveying forums within their business and is helping develop and grow their pool of mine surveyors.

It is the great work of people like Renny and Chris that is helping promote and showcase how great our profession and industry is.  Through dedication to their career, mentoring others and displaying exceptional surveying standards, highlighting the opportunities that are available to us all.

As the 2019 recipient of the Mine Surveyor of the Year Award, Renny has chosen the Goldfields Children Charity Inc as his charity for the $500 Award winner donation.

The Goldfields Children Charity is a locally based and run Kalgoorlie Charity, which aims to improve the lives of local people by supporting families with seriously ill children. We achieve this through grants to community organisations which benefit children’s health, and by giving annual donations to the Royal Flying Doctor Service - Western Operations and Ronald McDonald House Charities. 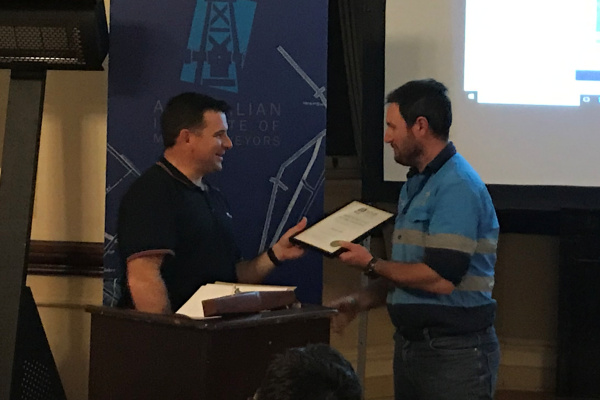 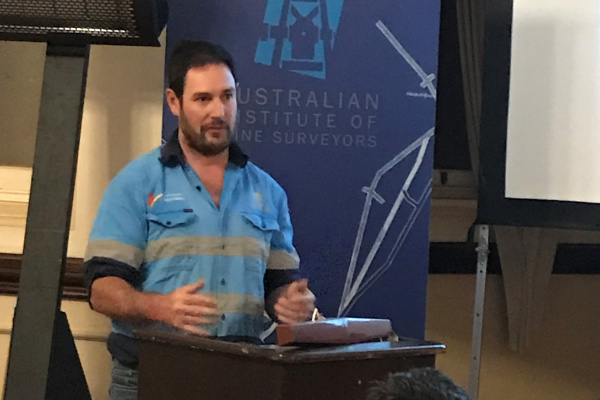 PROFILE - 2019 AIMS Mine Surveyor of the Year – Renny Leo 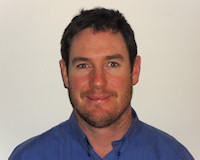 Renny Leo commenced Mine Surveying at the WA School of Mines - Kalgoorlie in 1995, until late 1996 before commencing a full time Survey Assistant role at Jundee Operations, near Wiluna in Western Australia.  From 1998 through 2000 Renny completed the Associate Degree in Mine Surveying, whilst working as a Survey Assistant at Cawse Nickel Operations near Kalgoorlie and a stint on the family farm through the midst of an industry downturn.

Renny secured his WA Grade 2 Authorised Mine Surveyor Certificate in early 2000 and in late 2000 commenced a four-year stint at Carosue Dam Operations as a Mine Surveyor, graduating through to the Senior Surveyor role.

Late 2004 saw a change of scenery for Renny and a new role underground at the Mt Marion Underground, South Kalgoorlie Operations culminating in him obtaining his WA Grade 1 Mine Survey Authorisation in 2007.

After eleven years of open cut & underground operations throughout the South Kalgoorlie Operations Renny took the opportunity to step across to the East Kundana Joint Venture with Northern Star Resources in late 2015, as their Senior Mine Surveyor and remains in this role currently.

Renny also first started representing SSI and SSSI back in 2009 and along with AIMS representative Peter Sergeant organised the first AIMS/SSSI Mine Surveying conference to ever be held in Perth, Western Australia.  Renny soon joined up as a full member for AIMS and became the first AIMS Director for Western Australia from 2012 to 2014.  During this time Renny worked on the introduction of the Western Australia Examination process and input into the National Mines Safety Framework.

Renny has always been a strong supporter of AIMS and SSSI and the benefits of having professional representation across the Mine Surveying profession.  Renny has helped coordinate the AIMS Regional seminar in Kalgoorlie for many years.

Renny has been instrumental in organising a work-based training program with TAFE, not only for Northern Star Resources but for the Kalgoorlie region.  This program is helping unqualified surveyors from different company’s complete their tertiary qualifications whilst they are working fulltime.  Renny is a staunch supporter and promoter of our Mine Surveying profession within the Kalgoorlie region and across the Western Australian educational institutes.

Renny is always the first one to put his hand up for requests from TAFE and WASM students, to visit an operational mine site.  He currently has all the 3rd year WASM Mine Surveying students employed during their semester breaks and part-time job sharing throughout the year to help them obtain the necessary work experience for their Tertiary qualifications.

Renny has developed a comprehensive graduate/mentoring program for Northern Star Resources and has a detailed career plan for each of his surveyors to help guide then through the Western Australian Mine Surveyor Authorisation process and the compilation of the portfolio as part of the examination process.  He has a great rapport with all Mine Surveyors of different levels of experience, working closely with students through to Senior Surveyors mentoring them all throughout their careers.

Renny is generous with his time, consistently making himself available outside of normal work hours to mentor and guide his many team members and other members of the mine surveying community.

He is always pushing and striving for new technology and systems to improve the mine surveying workflows, and generating safety, operational and financial benefits for Northern Star Resources.

Renny is one of the most respected and standout stars in the Goldfields and Western Australia mine surveying community.