The Australian Institute of Mine Surveyors (AIMS) commenced about 1980 at Darling Downs Institute of Advanced Education (DDIAE now University of Southern Queensland) as a self interest group of mine surveyors dedicated to the advancement and professional development of the vocational group. Membership was open to all practicing and qualified mine surveyors throughout Australia. Provision was also made for associate and student members to participate in AIMS affairs.

AIMS was run for many years from a base at DDIAE, with the Queensland Branch being the national body and a short time later, a NSW Branch was formed, mainly centred on the Hunter Valley. The bulk of membership came from the coal mining industry in NSW and Queensland, although now there is strong representation from both coal and metalliferous mines throughout Australia and Internationally.

AIMS has been continuously active since its inception and has conducted annual seminars since 1983, each of 2 to 3 days duration. As the years have passed the numbers attending the seminars has increased. The increase in numbers of membership and seminar attendance can be a direct result of the changes in legislation and the professional nature of the mine surveyor.

In early 2002, AIMS stepped on to the world stage via the internet. The site, and domain name, was developed to assist communications between the directors and AIMS members. The site, through further development, has also allowed our members to communicate and discuss ideas via the forum page. As our membership spreads the web site will become a more useful tool to communicate events, ideas, legislation changes, technological advances and employment opportunities.

In that same year (2002), the unincorporated AIMS was formally established as a company limited by guarantee and is now known as AIMS – Australian Institute of Mine Surveyors Limited. Directors were appointed to manage the affairs of the company and a new constitution that embraces the ideals of the original unincorporated body was adopted.

With Mine Surveyor registration changes occurring throughout the country, AIMS again modified its constitution and membership policy, in 2006, to meet the needs of its current and future members.

AIMS Limited’s membership is comprised of Registered and Authorised Mine Surveyors from the coal and metalliferous industries, assistant surveyors, surveying students and retired surveyors. 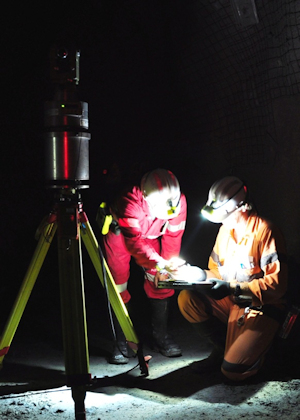